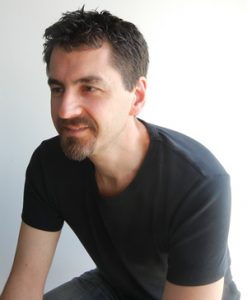 James Postill received his Bachelor of Fine Arts in 1993, and has continued to practice his art in many forms. In 2010, he was juried into the Federation of Canadian Artists.

As Artist-in-Residence at Mackie Lake House, James will explore ‘Interiors and Landscapes’ investigating surface and light and their expressions. “As it always has, the Coldstream Valley will provide abundant inspiration for me to explore and produce landscapes, mainly on canvas, boards, and rag paper.”

A recent body of work, (a series in oils which depicts views seen through rainy windshields), received a lot of public and critical interest. The series resulted in a number of commissions, as well as an Award of Excellence at the 2011 F.C.A. juried show “Triptych”, and best in show in the 2012 Classic Gallery International Painting Competition. His oil paintings are represented exclusively by the White Rock Gallery in White Rock, BC. 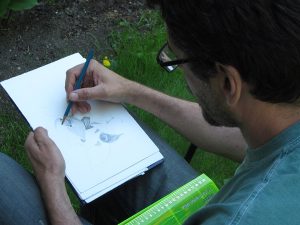 In 2012 James was the artist-in-residence for the Caetani Cultural Centre in Vernon, B.C. James used the residency to practice and perfect the art of buon fresco painting, in the tradition of Michealangelo. His mentor in this medium has been, and continues to be, Father Dunstan Massey, an 87-year-old Benedictine monk who lives at Westminster Abbey in Mission, BC. The artwork at the Caetani Cultural Centre will remain as a permanent installation.

James has also completed commissioned public artwork, which can be seen in downtown Calgary and Vancouver, in the form of intricately painted sculptures.