The Mackie Lake House Writer In Residence Project is an exciting, dynamic project that has resulted in a series of nine books being published By Kalamalka Press (Okanagan College) over the past ten years. In its own quiet way, this project has been successful and has acquired a national profile as is evidenced by the continuing interest of Canadian writers in participating in this project, and by the interest expressed by University Of Alberta Press in co-sponsoring this project with Kalamalka Press. 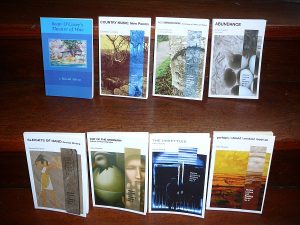 Because we were basically inventing this project out of nothing, the people involved looked sideways to other models for such residencies: The Wallace Stegner House, The Pierre Burton House, some of the Banff Centre for the Arts Residencies etc. We soon discovered, however, that our Mackie Lake House Writer In Residence Project was completely hybrid in some if its aspects. Many residency projects were offered in this country, but none that we discovered offered the publication of a book. We also discovered, over time, that few residency projects worked so closely with students, both students in the post-secondary realm, and students in the local school system. By the time we entered our 3rd residency, we realized that we had begun something that was significant and becoming known across the country because it was so unique.

Past Writers in Residence